Board of Directors / Mahmut Akten 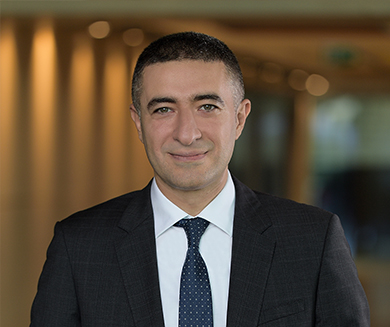 After earning his BSc degree in Electrical and Electronics Engineering at Boğaziçi University, and his MBA from Carnegie Mellon University, Mahmut Akten started his career in 1999 in the United States. He served in various positions in the Finance and Treasury departments of a global construction company before joining a global management consulting firm in 2006. Between 2006 and 2012, he worked at Boston and Istanbul offices, and lastly as an Associate Partner at this consulting firm. Mr. Akten joined Garanti Bank on July 1, 2012 as Manager of Mass Retail Banking Department. As of January 1, 2017, he was appointed Executive Vice President of Retail Banking. He also serves as a Board Member at Garanti Technology. Mr. Akten has 17 years of experience in banking and business administration, and he is in charge of Retail Banking Marketing, Mass Retail Banking Marketing and Private Banking Marketing.