Board of Directors / Cemal Onaran 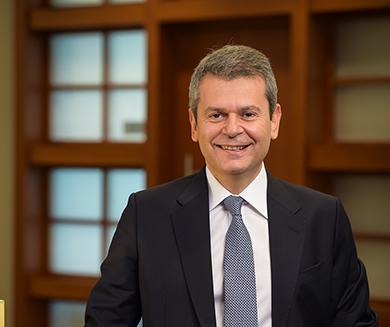 Cemal Onaran graduated from Middle East Technical University, Department of Public Administration in 1990, and began his professional career the same year as Assistant Auditor on the Audit Committee of Garanti Bank. After working as Regional Manager at various regional offices of Garanti Bank between 2000 and 2007, he was appointed CEO of Garanti Mortgage, a subsidiary of Garanti Bank, in October 2007. As of August 2012, he was appointed General Manager at Garanti Emeklilik ve Hayat A.Ş. As of January 1, 2017, he was promoted to Deputy Chief Executive Officer of SME Banking at Garanti Bank. Mr. Onaran, who has 26 years of experience in banking and business administration, is a member of the Board of Directors at Garanti Emeklilik ve Hayat A.Ş.