Board of Directors / Recep Baştuğ 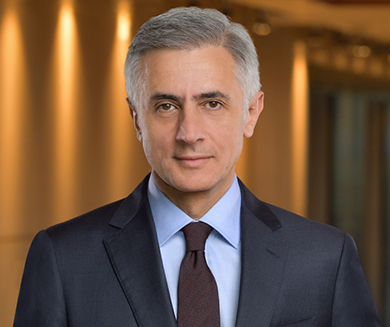 Recep Baştuğ graduated from Çukurova University Faculty of Economics. He started his career in Garanti BBVA Internal Audit Department in 1989. Mr. Baştuğ worked as Corporate Branch Manager during 1995-1999, Commercial Regional Manager during 1999-2004, Commercial Banking Coordinator during 2004-2012, and served as an EVP of Commercial Banking and Consumer Finance during 2013-2018. After working as a Vice Chairman at a private company for a brief period, on September 1st, 2019, he was appointed as the Board Member, President & CEO at Garanti BBVA. Mr. Baştuğ is also the Chairman of the Board of Directors of Garanti BBVA Pension and Life.