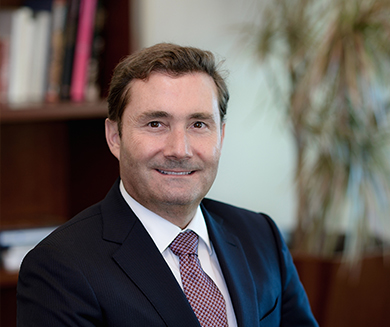 Javier Bernal Dionis obtained his Law Degree from the University of Barcelona, received an MBA from IESE Business School, University of Navarra, and then completed the Accounting Program of EADA Business School. After working at Barna Consulting Group as Partner and at Promarsa (New York, USA) as General Manager, he joined BBVA in 1996. Until 1999, he served as Segment Manager of Retail Banking (Spain) at BBVA. Mr. Dionis founded an Internet portal outside of BBVA between 2000 and 2003. From 2004 to present, he has assumed various roles within BBVA, including Head of Innovation and Business Development reporting to the CEO (2004-2005); Head of Business Development for Spain & Portugal and Executive Committee Member (2006-2010); Head of Commercial & Retail Banking under Global Retail and Business Banking (2011-2014); and Business Alignment Director for BBVA and Garanti (2014-2015). Mr. Dionis has served as Board Member of Garanti Bank since July 27, 2015. He is also in charge of coordination between BBVA and Garanti BBVA.