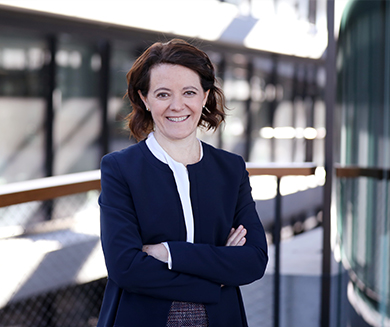 Maria de la Paloma Piqueras Hernandez studied law and economics at Pontificias de Comillas University from 1984 until 1990, and she became a Certified Financial Analyst after attending the EFFAS certification program between 1993 and 1994. In 1990, Ms. Hernandez joined BBVA Group, where she served in several roles within Portfolio Management. She served as Fund Manager in Investment Management for 10 years and was later appointed Head of the Innovation and Product Development Department. In September 2009, Ms. Hernandez was appointed CEO of SGIIC, an asset management company of BBVA Group, and was in charge of the management of Private Pension and Investment Funds for Spain and Portugal. Since January 2012, Ms. Hernandez has been heading BBVA Group’s Global Portfolio Management.